Serving with patience and attentive listening

From St. Jeanne Jugan’s life and work and her daughters, the Little Sisters of the Poor, I have learnt to appreciate two things about communication: firstly, to serve with patience, and secondly, to quietly listen.

When I joined the Association Jeanne Jugan, I felt that to be a competent Associate, we should learn about communicating with the Elderly and to understand their life story and thoughts so as to establish a cordial relationship with them. From Saint Jeanne Jugan’s life and work and that of her daughters, the Little Sisters of the Poor, I have learnt to appreciate two things about communication: firstly, to serve with patience, and secondly, to quietly listen. I remember how encouraged by the Mother superior of Aberdeen at the time, Sister Teresa Ma, I began to explain the Catholic faith to a Resident, Mr. Au Lung (r.i.p.). I told him about Jesus, and also the charitable work that Saint Jeanne Jugan had carried out throughout her life. He was an attentive listener, and sometimes he spoke about his past and experiences, to which I was always delighted to hear about. 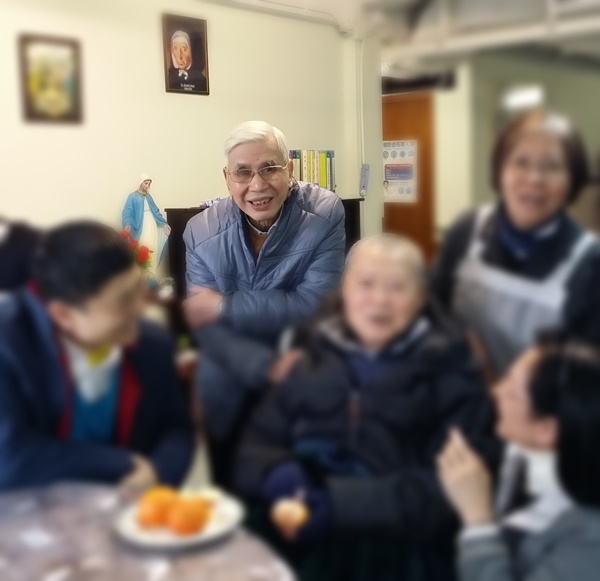 Once I shared with him the day’s Gospel passage: “When I was hungry, you gave me food … What you have done to one of the least of my brothers and sisters, you have done to me.” (Matthew 25:34-36, 40) He was so moved that he began to relate something from his past. He was a child when Japan and China were at war and many lacked the basic necessities. He had a friend whose family was so poor, they were often starving. His own family had a farm so they could at least feed themselves. His friend’s hunger led him to act … every day at meal times, he would fill his bowl up with rice, and sit near the door of his house, to secretly pass the rice to his friend. He would then go back into the dining room to have his meal. Eventhough his family found out, they were proud of his act of charity, and I’m sure it was Our Lord whom he was in fact helping! I miss him very much. May God bless him and let His perpetual light rest upon his beautiful soul!